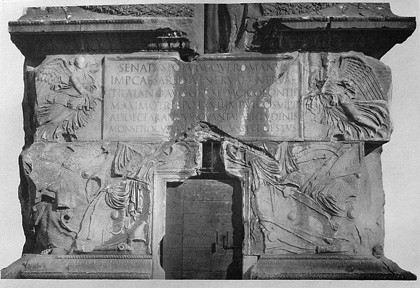 The original inscription made for the Column survives in situ over the door on the southeast side of the Column’s pedestal.  The text is carved on a marble panel 2.81 wide and 1.04 m high. As preserved one can still read:

A.  The Senate and the People of Rome to the Emperor, Caesar Nerva, son of the deified Nerva, Traianus Augustus, Germanicus, Dacicus, Pontifex Maximus, invested with the power of the tribune seventeen times, hailed imperator six times, elected consul six times, father of the fatherland, to demonstrate how lofty a hill and (what area of) ground was carried away for these mighty works. (based on D. R. Dudley, Urbs Roma. 1967: Aberdeen).

D (last line): “. . . in order to make visible (that is, from the summit of the column . . .) how much in elevation the hill (slope of the Quirinal) and the site (of the Forum Ulpium) had been raised up by such noble works of art” (G. Boni 1907a: 6).  Boni explains; “tantis operibus I took to refer not to the manual labour of slaves, but to the architectural works by which Apollodorus or his predecessors of the Flavian epoch had ennobled and beautified both the mons and the locus (loc. cit 6).

Notes: When the church of S Nicola de Columna was built against the pedestal of the column, a few letters on the lowest line of the inscription were lost when grooves were cut to support the roof of the church (visible in the photograph above).

Views and drawings of the pedestal with its inscription include:

Most modern debate on the inscription has been focused on its last line, which is generally interpreted as a rationale for the placement and size of the Column.  The first half of the inscription suggests that the Column was erected as a marker to demonstrate the height of a certain “mons,” or hill.  Since excavations into the side of the Quirinal were clearly necessary to build the forum and market complex, and these works may have included the removal of a saddle-like ridge that had once connected the Quirinal to the Capitoline Hill,  the inscription and the Column may have been set up at least in part to document this physical transformation of the city.  At least one ancient source, Dio Cassius (68.16) indicates quite clearly that the Column was (in part) erected to document the work undertaken to clear away a space sufficient for the new forum (discussion in Becatti 1960: 25-6). 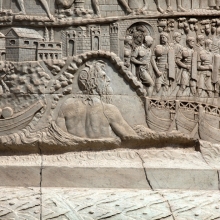 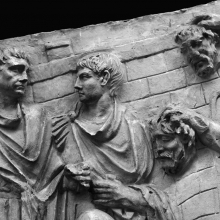 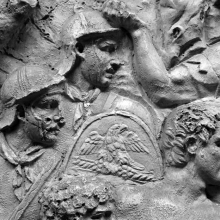 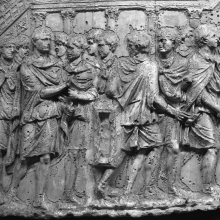 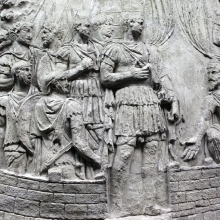 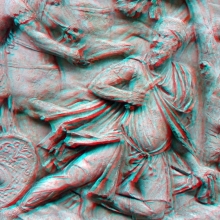 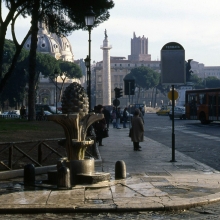 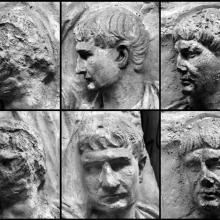 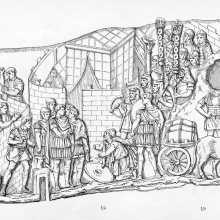